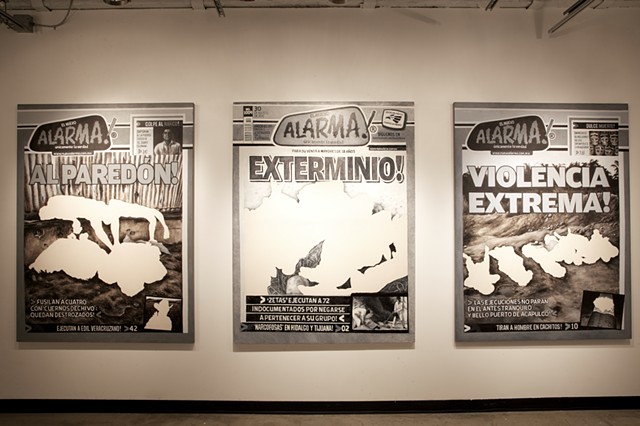 Ernesto Ortiz Levya presents a series of paintings on Mexican manta, a type of common cloth used by some to make clothes and also by the drug cartels to leave threatening messages atop corpses. Exploring the emotional impact of cultural obliteration and the loss of corporal dignity, portions of Ortiz’s paintings are left exposed and blank, creating an existential chalk outline of those who have been murdered.  El nuevo Alarma! is a Mexican news magazine that specializes in graphic pictures of traffic accidents, murder victims, etc. and has a circulation of approximately 15 million.