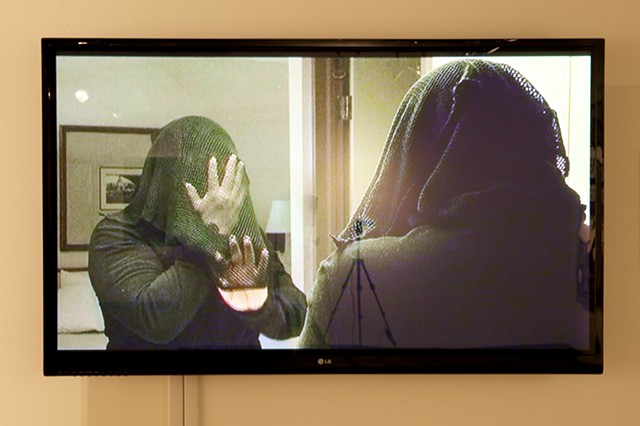 Gianfranco Rosi & Charles Bowden are the collaborative team behind the 2011 film El Sicario, Room 164, a minimalist study about maximum violence that offers viewers the rare opportunity to meet a narco hitman and live to tell his story. The term sicario goes back to Roman Palestine, where a Jewish sect, the Sicarii, used concealed daggers (sicae) in their murders of Romans and their supporters. In modern language, a sicario is a professional killer or a hit man.

In an anonymous motel room on the U.S./Mexico border, a Ciudad Juárez hit man speaks about his experience killing hundreds of people, his expertise in torture and kidnapping, and his double life simultaneously being on the payroll of Mexican drug cartels and a commander of the Chihuahua State Police. There is currently a $250,000 contract on his life and he lives as a fugitive, though he has never been charged with a crime in any country. With his face obscured by a black mesh hood, he tells his story to the camera inside the very motel room he once used to hold and torture kidnapped victims. Aided only by a magic marker and notepad, which he uses to illustrate and diagram his words, he describes, in astounding detail, his life of crime, murder, abduction, and torture.