Red is occupied housing; Blue is vacant housing. Each dot is 10 housing units. 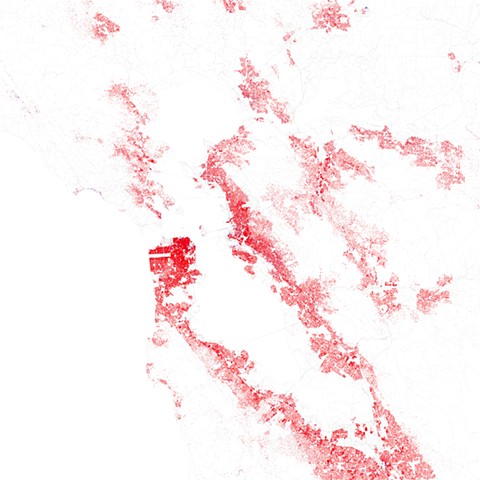