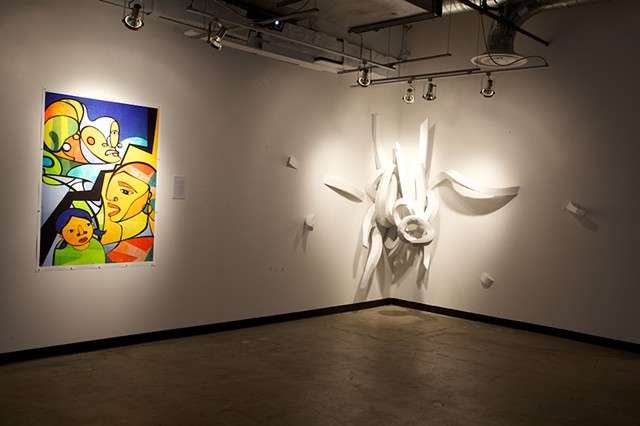 Rodriguez presents a new large format prints that look at the recent rise of deportations of non-citizen parents of children born in the U.S. Between January and June of 2011, the U.S. government carried out more than 46,000 deportations of the parents of U.S.-citizen children, impacting an entire young generation. Over 5,000 children are now in foster care facing tough barriers to family reunification because their mother or father is detained or deported. Street art has historically given voice to the voiceless and this new work brings attention to this issue.