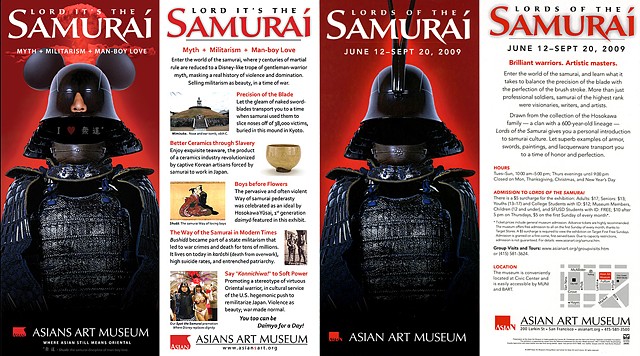 Rack Card Parody: Comparison of 9 x 4 in. rack cards, front and back, parody on left, original on right. Over 5,000 were distributed at direct actions and in bookstores, cafes, galleries, other museums, and yoga studios in San Francisco and the East Bay.