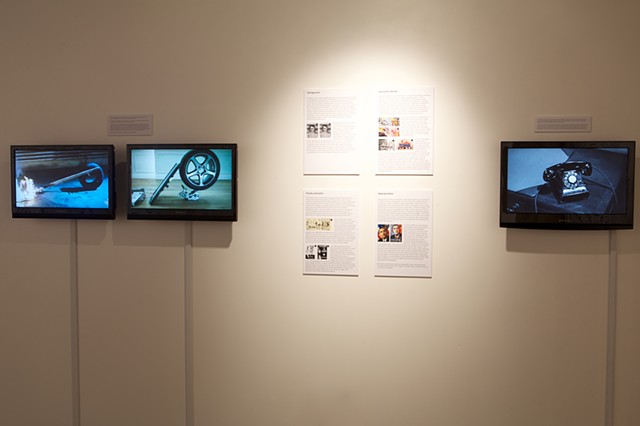 In the spirit of Rube Goldberg, Der Lauf der Dinge captures a chain reaction set up by the artists in a large warehouse, showcasing the laws of chemistry and physics with each action and reaction.

Fischli and Weiss claimed the creatives behind the Honda 2003 advertisement Cog must have seen their film. Lawyers representing Fischli and Weiss wrote to Honda UK claiming copyright infringement about the alleged similarities. Fischli stated, “Of course we didn't invent the chain reaction and Cog is obviously a different thing. But we did make a film the creatives of the Honda ad have obviously seen. We feel we should have been consulted about the making of this ad. Companies and ad agencies have asked us for permission to use the film on several occasions but for this reason we have always said no.” Honda confirmed it had received the letter and said it was “looking into the allegations.”

“As far as I know there's no such thing as copyright of an idea,” said a spokesman.

Monitor on the right In his 1995 film Telephones, artist Christian Marclay spliced together snippets of actors from Hollywood films answering phones. According to Marclay, Apple initially contacted him to request permission to use the concept for a new iPhone advertisement that debuted during the 2007 Oscars. He refused.

“The way they dealt with the whole thing is pretty sleazy,” Marclay says. He talked to a lawyer about taking legal action over the advertisement, but was told that there’s nothing he could do legally about it. Marclay further states, “This culture’s so much about suing each other that if we want to have anything that’s more of an open exchange of ideas, one has to stop this mentality. I’m just honored that they thought my work was interesting enough that they felt they could just rip it off.”