“I intended to paraphrase the media system of operation: from fragmentation (taking selected parts of reality), to condensation (methods used to assemble the “new” or hyper-reality), to proliferation (the selling of this new reality through images and words). In doing so, I cannibalized and concentrated information from different media and cultural iconographies. By imposing and superimposing recognizable similes with more abstracted ones, I intend to create a landscape of polyphonic images of imaginary histories or possibilities of fictitious realities.

Visual art can be seen as a language, a system of signs, therefore as a text. Since text is both a device and a function of a system, my understanding of image is to be a space – delineated and conventional, or else formless and arbitrary – where codes, messages, and conventions can relate to each other.” – Emanuela Harris-Sintamarian 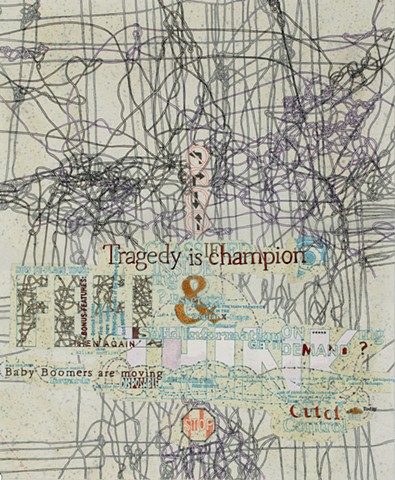