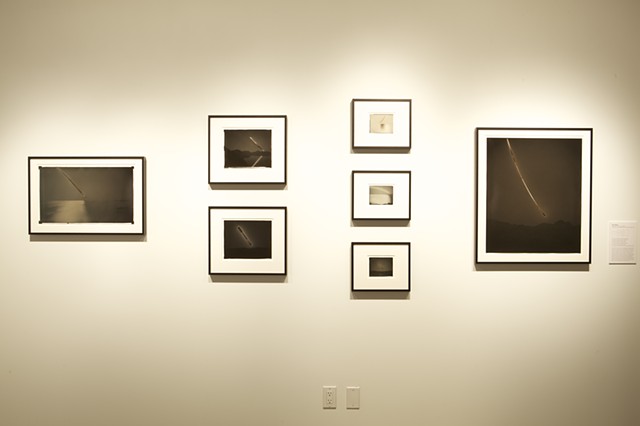 McCaw investigates the primal side of photography by using its most basic components - a lens, time, and light. While attempting to photograph the night sky several years ago, McCaw fell asleep and woke up too late to end the exposure, discovering that the rising sun produced a violent change in his negative. He learned to control this change to create unique, first-generation images that engage the sun itself as a collaborative partner in the photographic process, a series entited Sunburn.

He creates hand-built cameras of varying sizes, designed to accommodate vintage gelatin silver B&W paper in place of film, with special military-reconnaissance optics. The intense light naturally solarizes the paper, wherein negative becomes positive through extreme over-exposure.  What remains is evidence of the passage of time, rendered with a destructive mark as the exposure process scorches, scars, and stains the paper.