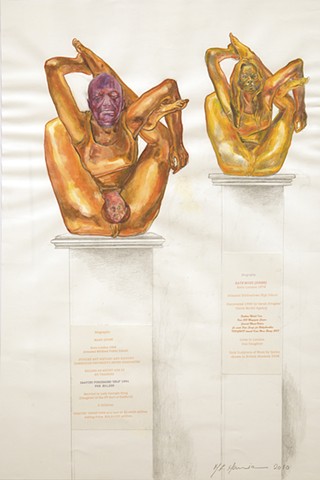 Mark Quinn, a British sculptor, commissioned a craftsperson to create a gold sculpture “Siren” of supermodel Kate Moss in 2008, which was exhibited at the British Museum in London. Harrison’s work incorporates duplicates of that piece, but on one of the images, replaces Moss’s head for Quinn’s, which he had previously created out of his own frozen blood.