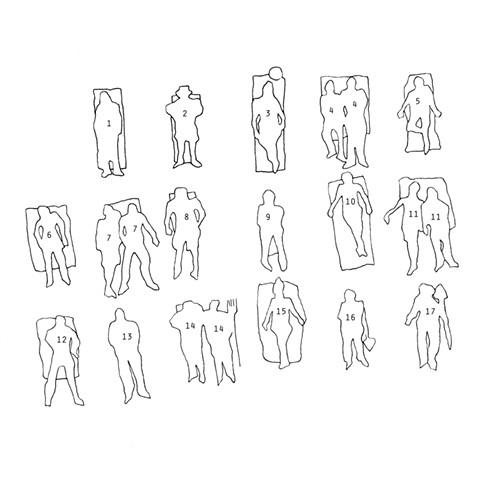 2) Eden Israel, Voss Gardens, artisan salads grown in the Santa Cruz Mountains, Boulder Creek. “Our approach allows the land to show us what it grows best and to enhance that process. We are developing our own seed strains to thrive here, simply by letting them go and come back stronger.”

3) Melinda Harrower, Melinda's Gluten Free, Santa Cruz. Artisan baker of gluten free foods. “I have been an avid baker since my grandma brought me into her kitchen when I was young. She taught me traditional Armenian recipes, as well as how to play with food to create amazing things.”

5) Kate Appel, 3 of a kind, Seaside. Born in Thailand, Appel makes handmade sparkling fruit drinks based with three main ingredients: fruit juices, natural sweeteners, and herbs. “A couple years ago, my 6 years old triplets tasted their first soda ever at a friend’s birthday party. A tongue biting drink is how they described the root beer that was at the party. I soon realized I wanted to create a better carbonated drink with all natural ingredients.”

7) Mickail Murawski, assistant brewer, Alec Stefansky, brewer, Uncommon Brewers, Santa Cruz. “I set out to brew uncommon beers because there were so few others trying to bridge what I saw as an obvious gap between brewing and culinary traditions.”

9) Kristen Cederquist, Serendipity Saucy Spreads. The company began as a collaborative effort of two Santa Cruz entrepreneurs, Kristen & Lynette Cederquist, who have a passion for creating jams, jellies, and preserves.