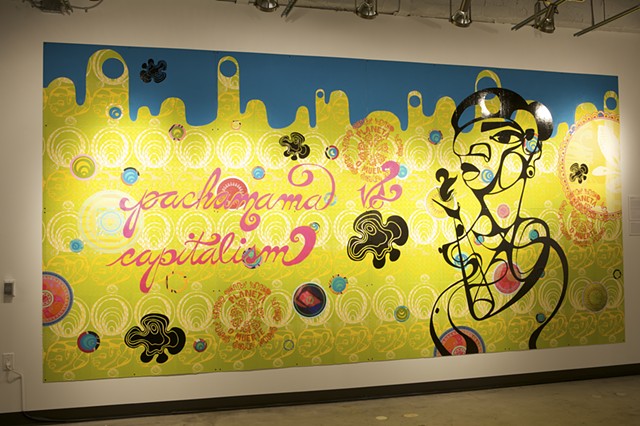 "On April 19, 2010, the World People’s Conference On Climate Change and the Rights Of Mother Earth gathered in South America as a fresh alternative to the Copenhagen Climate Change conference. Evo Morales, President of Bolivia, opened the conference by shouting "Planeta o Muerte!" (Planet or Death). This is exactly what we are facing, a choice between saving Mother Earth, our Pachamama, or dying. Both our survival and her survival are non-negotiable. The detrimental consequences of climate change are becoming increasingly familiar to all of us. We are witnessing rising sea levels, severe and unpredictable weather, frequent storms and droughts, and less reliable water supplies. Toxic waste is poisoning our land, air, and water, while a shortage of fresh water has left growing numbers of humanity without access to clean potable water. A food and agriculture crisis has resulted from land being depleted. And our addiction to fossil fuels is placing the planet’s life-systems in a desperate situation. The climate crisis is being driven by greed.

Climate change is not only an issue of environmental policy, it’s an issue of justice and human rights. The most affected by the climate crisis in the world are people of color, indigenous peoples, and low-income communities. Global warming is a direct consequence of a capitalist system that has caused exploitation, abuse and contamination, destruction, degradation and disruption of Mother Earth, putting life as we know it today at risk.

There is a human face to the devastation and it’s yours and mine. The time to act is now." - Favianna Rodriguez