1809 - Artist unknown, engraving produced after a painting by R. Smirke, Esq. R.A. from “Poems on the Abolition of the Slave Trade,” produced in London by members of the Society for Bettering the Conditions of the Natives of Africa 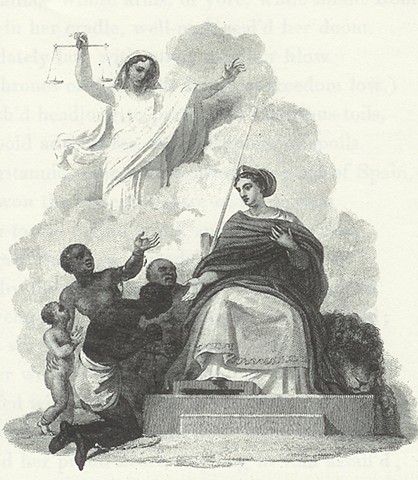