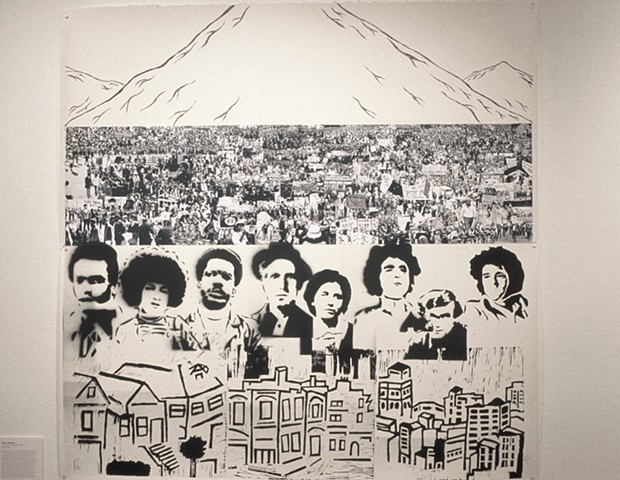 Mark Pearsall All Power to All People, 2006 Mixed media

"Throughout the history of radical/political groups, the central activities can be traced to urban environments. Through the selection of The Black Panther Party, Industrial Workers of the World, and The Anti-War Movement, we can trace their ties from cities, to main figures, to the masses of the organization. From left to right: Black Panthers Huey Newton, Angela Davis & Bobby Seale; IWW members Joe Hill & E.G. Flynn; and for the Anti-War Movement, Abbie Hoffman, Rennie Davis & Jerry Rubin. While each group may differ in their politics or the way they reach their goals, it is all the same struggle. The Struggle exists as an equal individual in an unjust system. All Power to All People." - Mark Pearsall