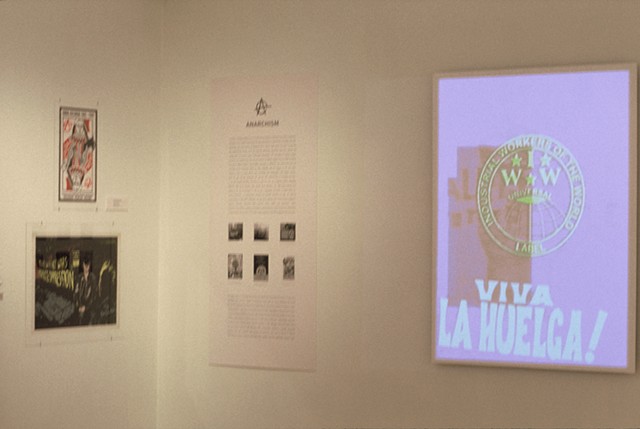 "Political posters carry the shared heritage of different people's struggle for justice against oppression, even if only for the short time they are posted. When viewed individually many posters appear to represent isolated and disconnected movements. But when seen together, they become a connected piece of a common history of solidarity and unity. Here, the new posters are randomly composed and remixed using various pieces of past posters. Each poster becomes a singular event with a temporary life similar to its original street counterpart. The virtually remixed posters remain as memories, creating a commonality of voice and intention and drawing upon an aesthetic residue in our minds just like the source poster." - Yaeger Moravia Rosenberg & Marcelo Viana