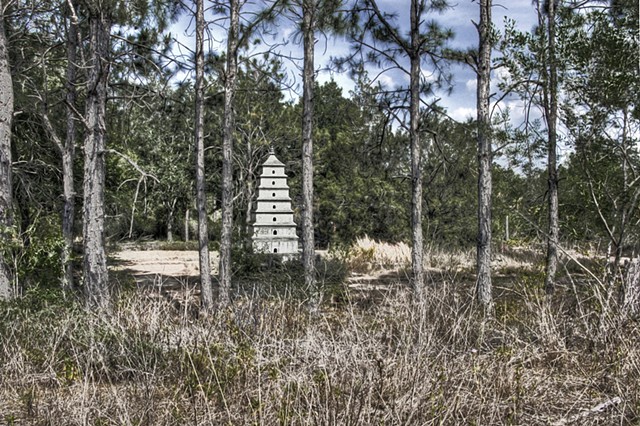 "These images were taken at Splendid China Theme Park in Orlando, Florida, an amusement park built by the Chinese government in the hopes of sparking tourist interest in China. The park contained more than 60 replicas of China’s most popular sights built at 1/10th scale, including a miniature Great Wall which took over seven million inch-long bricks to create and which stretched over half a mile. Since the park’s closing in 2003, it has suffered from a rash of theft and vandalism and decayed from general neglect and exposure to the elements. These images focus on what is left at the abandoned site and explores the use of fantasy and spectacle in representations of China as produced for tourism." - Thomas Chang