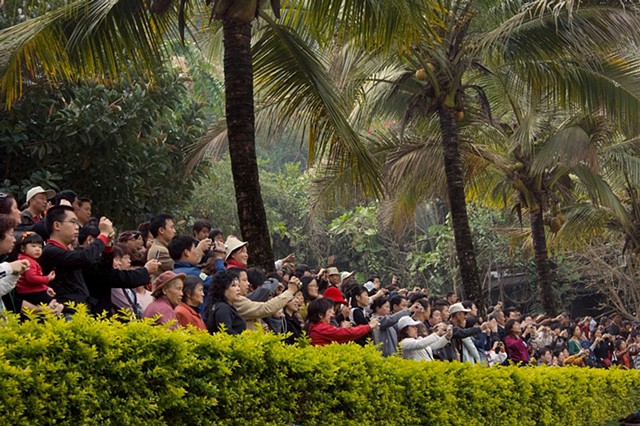 "In Xishuangbanna, I was struck by the mass assembly of Chinese tourists largely from South Western China. Culturally, they constitute to a fairly homogeneous group. What I encountered revealed new social and economic tendencies of the post-communist era and raised questions about China’s expanding global presence and how this affects its own citizens. These photographs exhibit the tensions within post-modernity, and the conflict of establishing an individual identity in the developing class structure of China." - Ming Mur-Ray