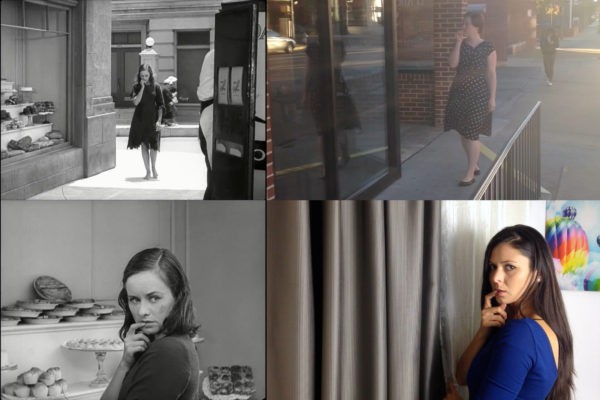 Postmodern Times (2016–17) is a shot-by-shot video recreation of Charlie Chaplin’s Modern Times made by commissioning short clips from online workers on labor platforms Fiverr.com and Amazon Mechanical Turk. Each clip was produced by a different freelance worker. Clips made by online workers are interspersed with clips from the original film, resulting in a fragmented and chaotic work that reflects the conditions of digital labor itself. The work also features a score that weaves together various interpretations of the original soundtrack, including a generic presentation of the MIDI data, passionate interpretations of the original score performed by musicians on Fiverr.com, and traces of the original score and sound effects to connect the sound back to the original score. The transformative remix produces a chaotic soundtrack that splinters into digital glitches, only to reassemble around key leitmotifs (short musical phrases, often connected with a particular character or location) present in the original score, which itself is representative of the conditions of the work’s creation.