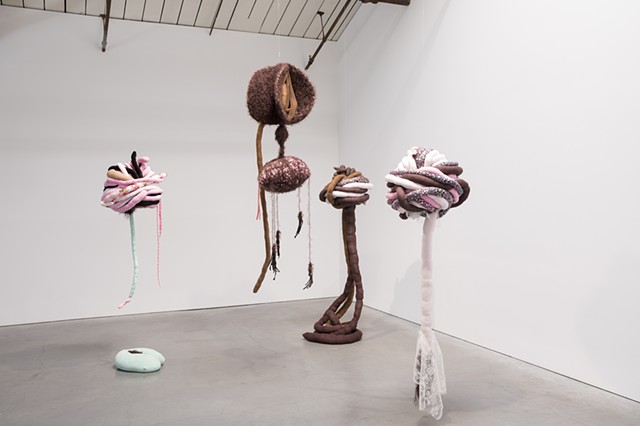 Women’s purity and perfection in its most idealized form in Islamic mythology is represented as houris — the beautiful, gazelle-eyed, virgin women who do not urinate, defecate, or menstruate that accompany the faithful in paradise. Satirizing this idea, Khaleghi contrasts the purity of this paradise with the idea of “fecal habitus,” a set of cultural dispositions that interpret and organize the bodily elimination of fecal matter. Using the form of a turban as a motif in her work, primarily worn by men and charged with varied degrees of spiritual and temporal importance, she stages turban-like forms with scatological humor to subvert this idea of paradise and reclaim it as her own — a place where women can recover and possess symbols of masculine power. Embracing the aesthetics of the grotesque, she pushes against the boundaries of propriety to define new categories of beauty and belonging.