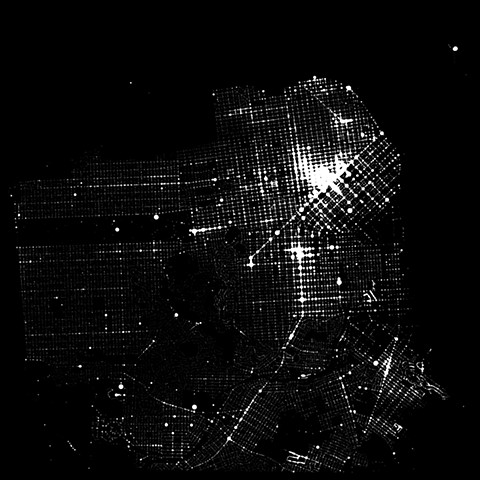 With multiple reports at the same location diffusing to nearby locations without reports, but with a cap on the maximum diffusion distance.