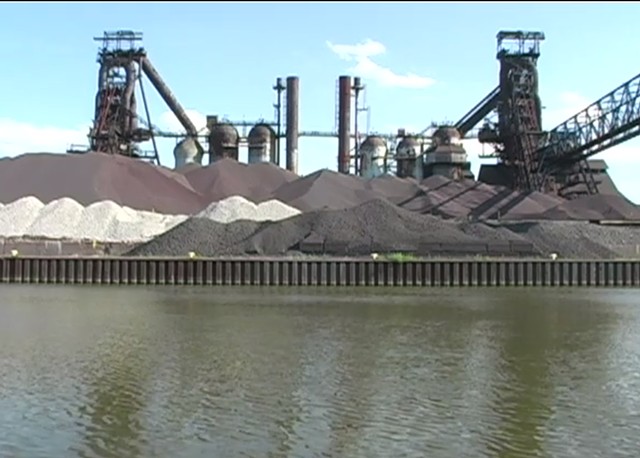 Ohio's Cuyahoga River has long maintained the dubious distinction of igniting the U.S. environmental movement in 1969. This fire, however, was unremarkable in its intensity and singularity—for a number of industrial-age waterways (over the course of more than a century) have episodically burst into flames. The Cuyahoga is a generally more tranquil river today, but the remnants of its intensively industrialized past still soberly operate along its shores. This video examines the modest decorum and monumental grace of these remaining waterside enterprises.