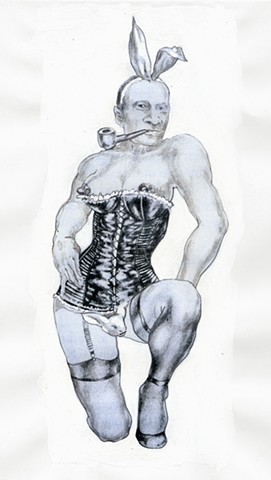 Margaret Harrison He’s Only A Bunny Boy But He’s Quite Nice Really, 1971/2010 Watercolor and graphite on Claria print

The original drawing of this work was first shown at Motif Editions Gallery, London in 1971, but was stolen. The gallery director had just been showing the works to a group of people including representatives of the Playboy organization in England. Harrison has re-created the work for this show.