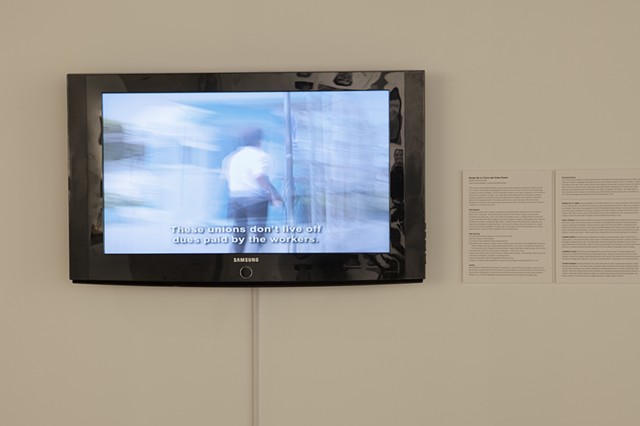 "This project brings together filmmakers, factory workers and community organizations in Mexico and the U.S. to create a film that depicts globalization through the eyes of the women who live on its leading edge. The factory workers who appear in the film have been involved in every stage of production, from planning to shooting, from scripting to outreach. Our collaborative process breaks with the traditional documentary practice of dropping into a location, shooting and leaving with the "goods," which would only repeat the pattern of the maquiladora itself. We embrace subjectivity as a value and a goal. We seek to merge artmaking with community development and to ensure that the film's voice will be truly that of its subjects." - Sergio De La Torre and Vicky Funari

Film Synopsis: Carmen and Lourdes work in Tijuana’s maquiladoras, the multinationally-owned factories which came to Mexico for its cheap labor. Each day these factory workers confront labor violations, environmental devastation and urban chaos -- life on the frontier of the global economy. In MAQUILAPOLIS, Carmen and Lourdes reach beyond the daily struggle for survival to organize for change: Carmen takes a major television manufacturer to task for violating her labor rights. Lourdes pressures the government to clean up a toxic waste dump left behind by a departing factory. As they work for change, the world changes too: a global economic crisis and the availability of cheaper labor in China begin to pull the factories away from Tijuana, leaving Carmen, Lourdes and their colleagues with an uncertain future.