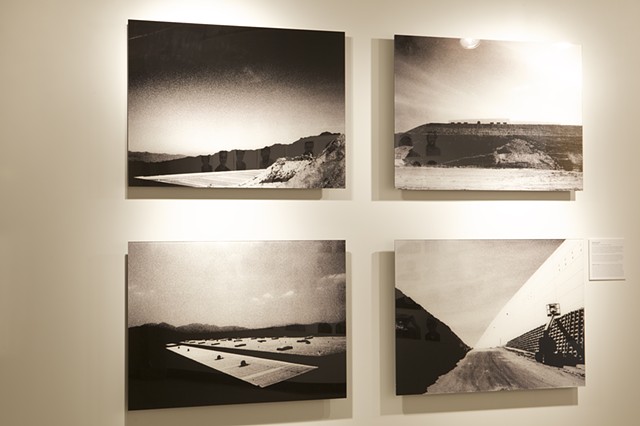 Bulldozers, caterpillars and other types of heavy machinery settle in the colonias shaping hills and valleys allowing the construction of transnational assembly plants in which filters, batteries, cassettes, flybacks, oxygen masks, clothes, toys, keyboards, etc. are assembled. The result is a series of monolithic buildings at the top of the hills. With the aid of a computer the photographs have been altered: some of the houses have been erased; windows, doors and fences also have been erased from the assembly plants to emphasize their sculptural aspect and to mimic the language used by those who design and install the Industrial Parks.