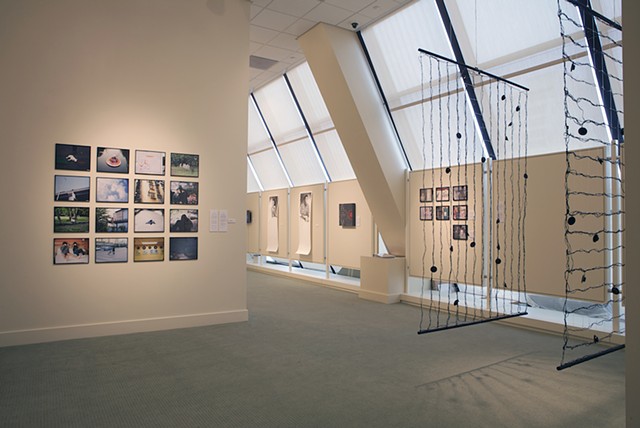 Patrick Tsai (on the left) Neighbors but Strangers, 2008 Digital c-prints

"Alphabets and basic vocal utterances are what make up our most predominant form of communication: language. Language defines cultures literally yet has a deeper tie to each of us individually. Speech comes from our breath (chi – the soul), the shape of our mouth (our physicality) and the tradition of our heritage (our politics and religion.) Vertical and horizontal languages are examined and depicted here at their most basic state, exposing that at the root of it all: we all sound the same."

"A special thanks goes out to the following who, without them, this project could of never been realized: Steven Chan, Abby Chen, Jeanine Lionardo, Nicolas Horber, Michelle Hyun, Bruno Marteniz, and Mr. Utretch." - Tamara Albaitis