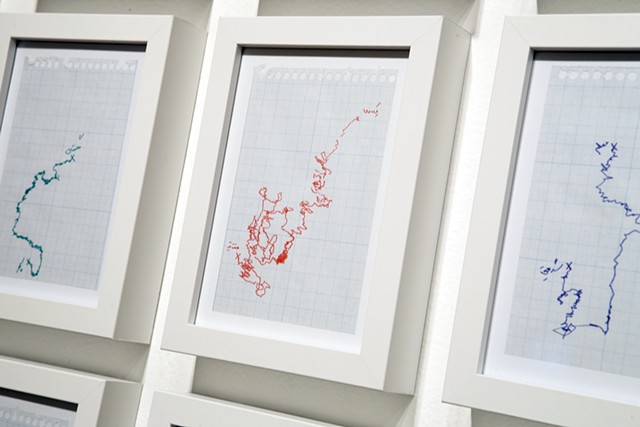 "Tehran is a city that you spend hours and hours in cars since the traffic is unimaginable. I usually read books or newspapers or study for my classes otherwise you waste at least 3 hours in a day. Later on I thought it would be a good idea to get something visual out of it. That’s why I started by drawing in public transportation. I decided to draw a map out of these lines. This project depends on the taxis that I get in or on the streets that I pass each day. So what I do is that I sit in the taxi, I mark my notebook and then I let my pen go on the paper and it shakes by the movement of the car and the holes on the street which make the lines very chaotic just like Tehran in general." - Ghazaleh Hedayat