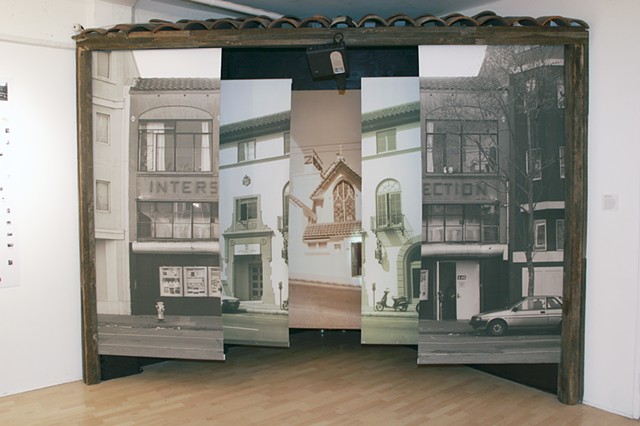 "According to Western scientific theory, matter is both formed by and dissipated into light. In the Yoruba culture of West Africa, for every person, animal or object that we see with our eyes, there are several shadow presences that exist simultaneously alongside. Blending both of these philosophical constructs, I have created this piece as a homage to emphasize the importance of the progressive people and projects that have existed within the spaces of The Intersection. I have accented the windows as “eyes” that function between the everyday world and the world of creation. Placing the physical presence of current viewers within the historical façade using modern surveillance technology highlights the synchronicity of life and the permeable border between past/present, object/subject and other/self." - Stephanie Anne Johnson