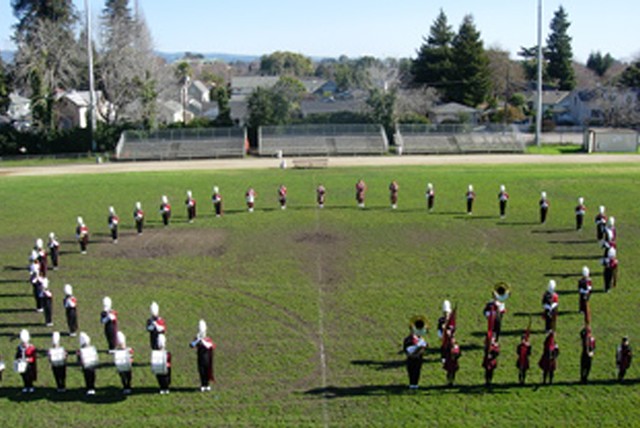 "Our Allies Are Everywhere is a choreography of the Santa Cruz High Cardinal Regiment who perform a rock-opera of drill formations examining the most enduring radical icons: the clenched fist, the union handshake, the resistance omega, the dove, and the peace sign. All set to a funky, funky beat. Adorned in traditional Scottish dress, the Cardinal uniform and color scheme is at once patriarchal and subversive. Once outlawed by the 1745 Act of Proscription, this contemporary remake of the red and black Royal Stuart Tartan (Plaid) is the most common Pendleton in Scotland today. The shorted kilt acts as a signifier of the Jacobite Rebellion of the mid 1700s. The power of the young performers' movement, sound, and attire attest to why we need not fear for our future, but rather rejoice in another new form of cultural resistance." - Jessica Tully