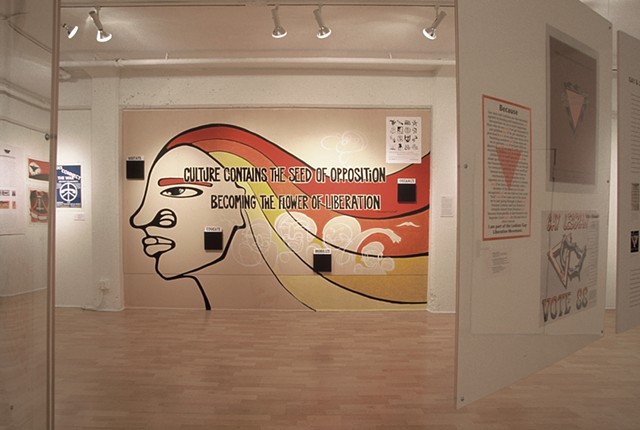 "There has never been a movement for social change without the arts being central to that movement. As a native of Oakland, the home of the Black Panther Party, my work is focused in the issues that face my community. I believe that as artists of the people, we have a responsibility to expose the truth about the issues that our communities face, so that we don’t become maintainers of this corrupt system. The western model of how a viewer should interact with art —elite viewers in elite institutions— is irrelevant to a grassroots community that is oppressed by these very same elite forces. The history of political graphics has shown us that images art can in fact be transformative, that they can represent an alternative possibility, and that they can strengthen social movements.