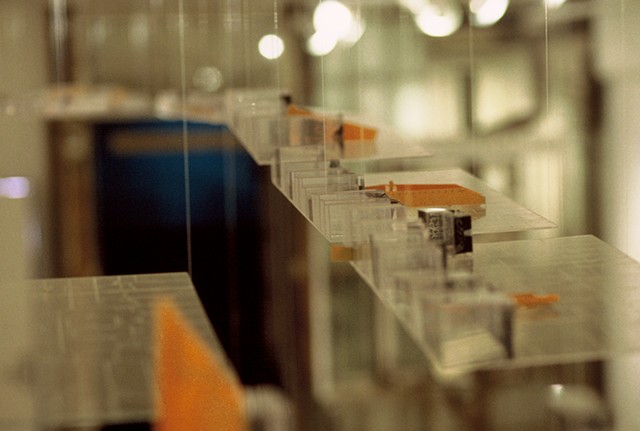 "Intersection's history as an alternative art space describes a journey of artists and collaborators seeking to break free of redundancy, routine and specialization. If intended by a collective conscious or if brought about by accident or coincidence, the work that has developed over the years at Intersection and its involvement in the communities that it has called home inspired us to document a new city for Intersection. The un-city is stripped of all the expected surfaces and facades that we have come to expect. Rather it is punctuated by landmarks familiar and imagined reflecting an intricate and creative path where art, music and language shape the common streetscape into a new reality.