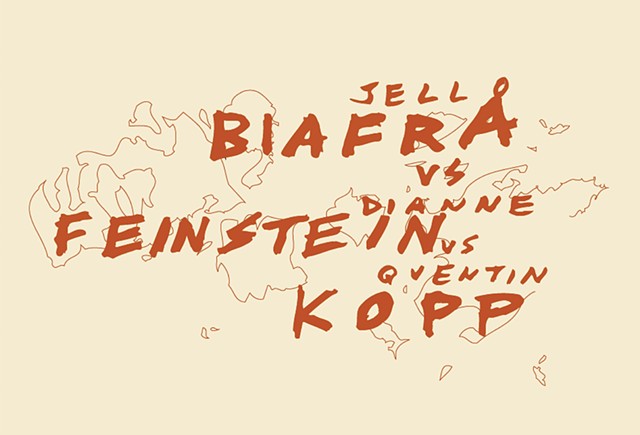 "Puro Punk is a project inspired by the alternative culture movements in the Bay Area from 1978 to 1981 with a focus on the aesthetic qualities of concert flyers from the Punk Rock movement. During this period the Bay Area witnessed the both the death of the Sex Pistols as well as the murder of the first openly queer political figure, Harvey Milk. &#8232;In 1979, Jello Biafra of The Dead Kennedys ran for San Francisco Mayor, on a very unique political platform. He polled 4 of the total vote, fourth out of ten candidates. This public intervention signaled a cultural shift within political and social changes served as a turning point within the alternative cultures in the Bay Area.% Puro Punk utilizes flyers from both Punk Rock shows and programming at Intersection for The Arts in order to create a visual representation of the era between 1978 and 1981." - Julio Cesar Morales